The point is that the development process itself is only part of the application life cycle. And then there are the deployment and maintenance phases, which are also critical to success. The costs of developing an app are divided into these two stages which can be an unpleasant surprise in the end. Not to mention the other important aspects, for which you also have to pay.

You cannot create one application that will be universal across all platforms. If you were planning a product only for the iPhone, you may end up having to develop a separate version for the iPad Pro, which will increase the cost of designing the user interface.

What if, in addition to the basic version for iOS, you also need an application version for Android? You can imagine how the initial development cost easily increases, sometimes several times.

You can save money if you use cross-platform technologies, such as Xamarin, iOS, android app development. But this is not always possible, since native development may be required to implement some functions. Plus, there are nuances with performance and capabilities in terms of expanding functionality.

You can always start from one, the highest priority platform. But if market analysis shows the need to expand in the future at the expense of another OS, this one should also be considered initially when you hire dedicated software development team.

It is quite another matter when you already have an application, but the possibility of integrating it with something (website, CRM, accounting, etc.) was not initially provided, and now there is a need for it. As a rule, in this case, you have to modify the application, which can be a very time-consuming and expensive task.

An application is often just one element of a much more complex system. 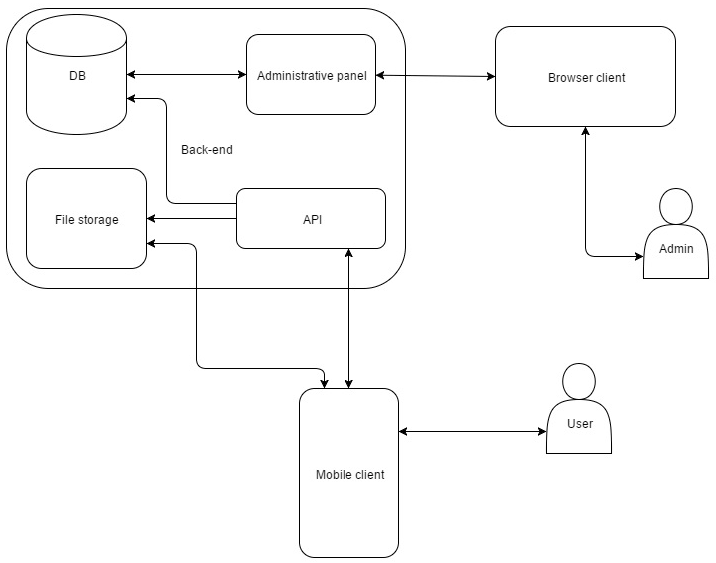 If we talk about non-enterprise-level applications, but products aimed at a wide audience, the range of services connected via API can be quite wide. This is integration with social networks, the functionality of push notifications and SMS messages, receiving data from any third-party services, etc.

If you are building an application that receives or gives information from a user, that data must be stored somewhere. And if the amount of data is large, it is necessary to take care of the issue of synchronization in advance and estimate the volume of requests for storing and processing information.

Even before starting the development of a mobile application, you need to prepare a technical assignment for the “client-server” interaction. It will be necessary to lay the correct architecture on the server, specify in which tables to store data, the structure of queries, which data is used more often than others.

If you postpone the issue of synchronization for the future and do not make a competent client-server architecture, debugging an application can take a long time and seriously postpone the planned release. Ignoring these points can provoke quite large and unforeseen expenses.

Testing is one of the key components of the software development life cycle and should be initially included in the project budget. Improving the quality of the final product ultimately provides a sufficient return on investment.

Many customers often underestimate the importance of testing and do not realize that depending on the project it can take a long time. Even if you are developing a native application for only one operating system, you will need to test how it looks and works on different types of devices.

If you need to make versions for two operating systems at once, it will cost even more. And you have to accept that the best user experience can only be provided on a limited number of the most popular devices. For the rest, you will have to be content with just good UX, without striving for perfection.

You need to understand how you will attract users and how much it will cost. And it is worth deciding on this even before the launch. It is too naive to expect that your product will start to attract attention and will be popular on its own.

The most important way to attract organic traffic from an app store is ASO optimization, which includes working with text descriptions, titles, and visual elements. It is based on a set of keywords by which your application can be searched by the target audience.

The work on the mobile application does not end after its release. The more complex the project, the more costs will be required for its maintenance, including version updates, bug fixes, implementation of new or revision of existing functionality, fixing security problems, etc. which can be handled only when you extend dedicated development team.

It is impossible to foresee all the nuances of development at the start. But, most of the incidental expenses are fairly typical and fall into one of the categories listed in this article. It is important to understand this, since it is impossible to create a good product without solving these problems.

This is not a complete list of possible hidden costs that can be encountered in the process of developing an application, but these points can be called the main ones. By taking them into account at the start, you can avoid many problems in the future, which will increase the likelihood of a successful project completion.

Tony loves to write on technology, app/website reviews, business and internet marketing. He has been in the online industry for over 5 years. Tony is also good at web and graphic design.

Things to Consider before Choosing a Spanish Learning App

7 MacBook Note Taking Apps to Help You Be More Organized

4 Easy to Use Apps Like Cash App for Money Transfer